The prettiest village in England

Castle Combe is often referred to as The Prettiest Village in England, owing to winning the title in, oh, 1961. Once labelled the prettiest village in England, you don't relinquish that particular title freely it seems. Even after 56 short years.

Half a century later, I think Castle Combe really does continue to live up to its reputation. Heritage protection means that even in the 21st Century the village looks almost exactly as it would have 100, 200, 300 years ago. A ready-made film set, a tourist hot spot, it is the Mecca of quintessential English villages. Anglophiles must visit at least once in their lifetime.

So, what makes The Prettiest Village in England, even prettier?
Why the answer is, of course, snow. The best snowfall the Cotswolds have seen in 5+ years to be exact. A beautiful dusting of snow on a Sunday, just before Christmas, turning the village into a real life Christmas snow globe. These ingredients resulted in a magical winter day that I could never adequately put into words.

So here are the pictures. 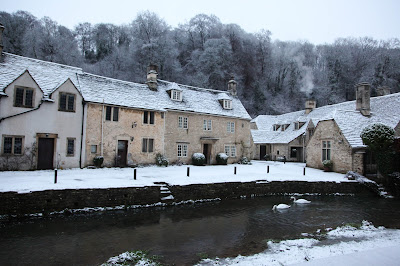 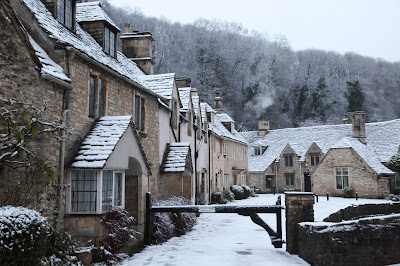 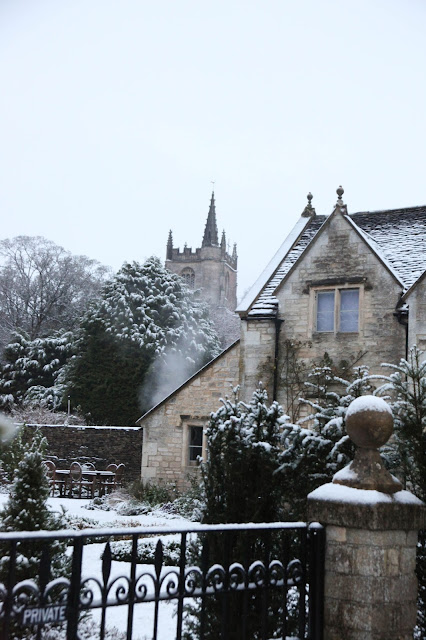 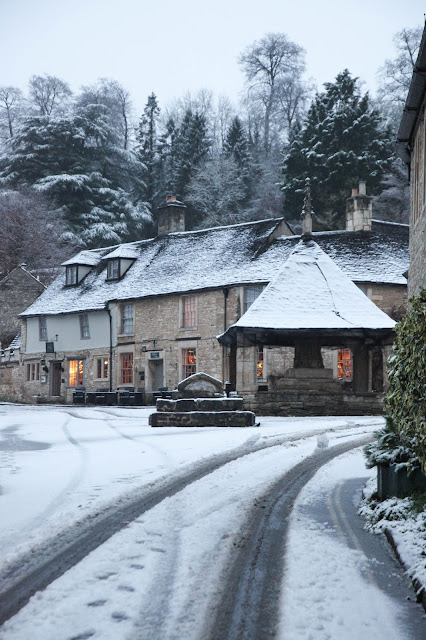 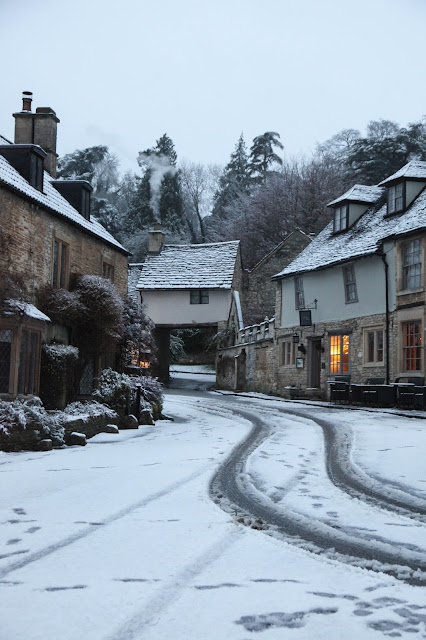 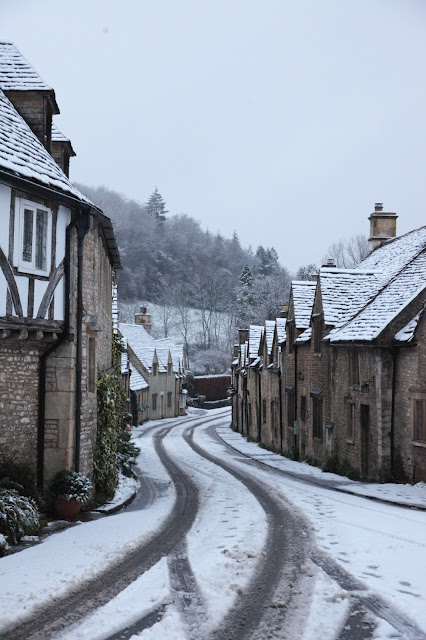 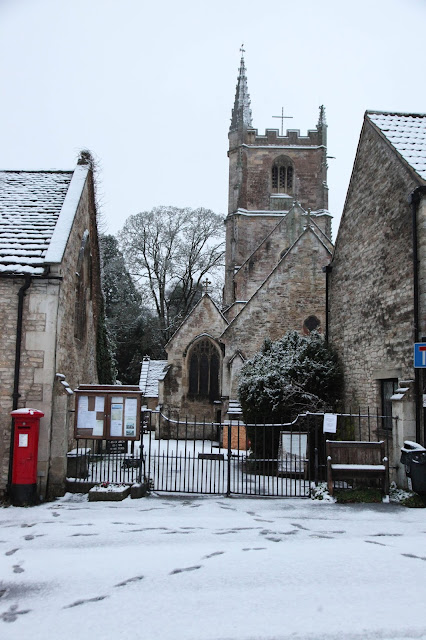 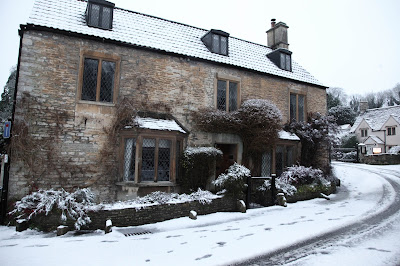 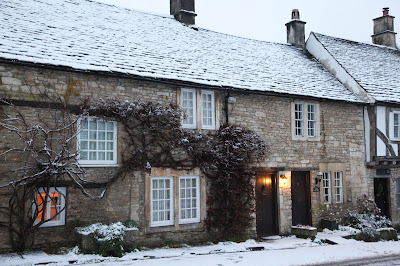 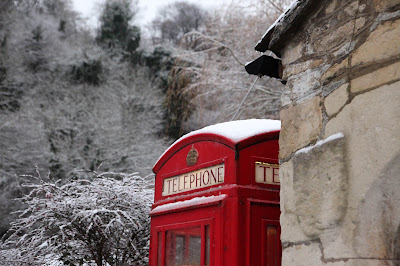 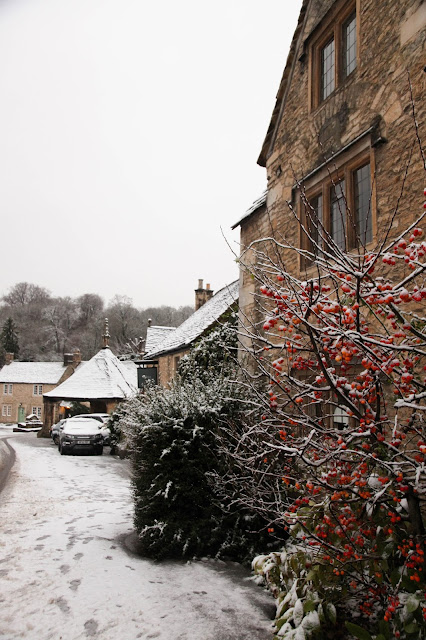 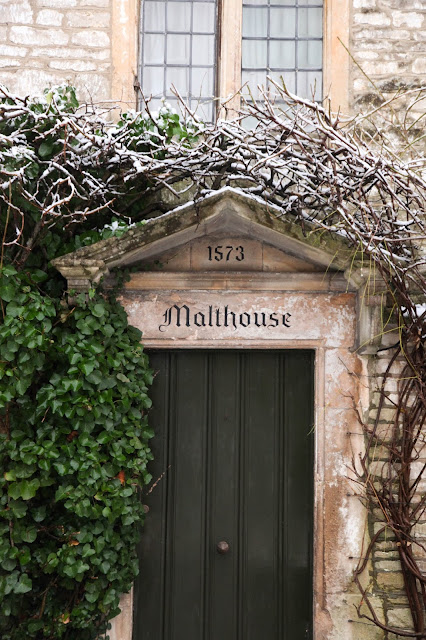 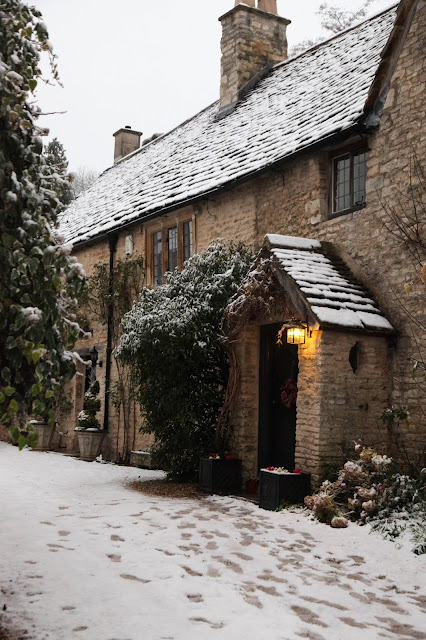 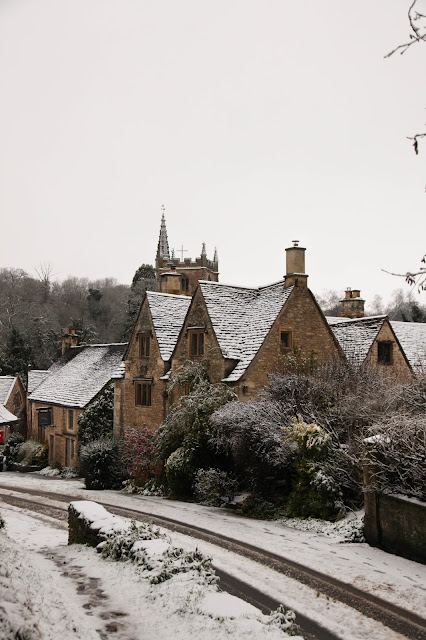 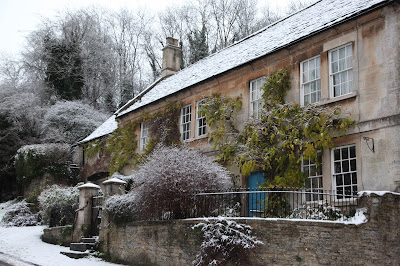 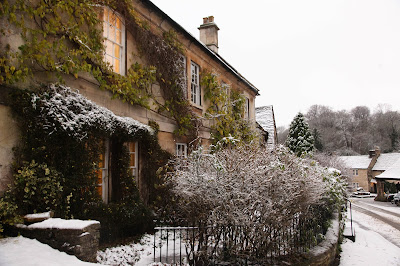 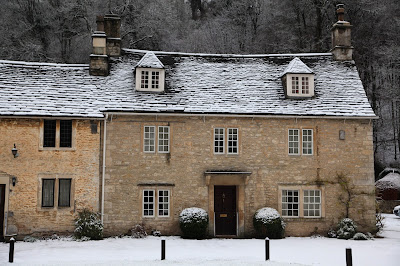 On my final wander through the village at dusk I couldn't quite believe the perfect Christmas-time winter wonderland I was experiencing. The snow was still gently falling, the Yuletide fairy light crucifix on top of the church tower was aglow, and several chimneys sent steady trails of smoke into the quiet of the late afternoon. As darkness descended and we were cosy and warm inside next to our own fire, an owl began to hoot in the branches of a tree outside our living room window. It was the stuff of fairytales. 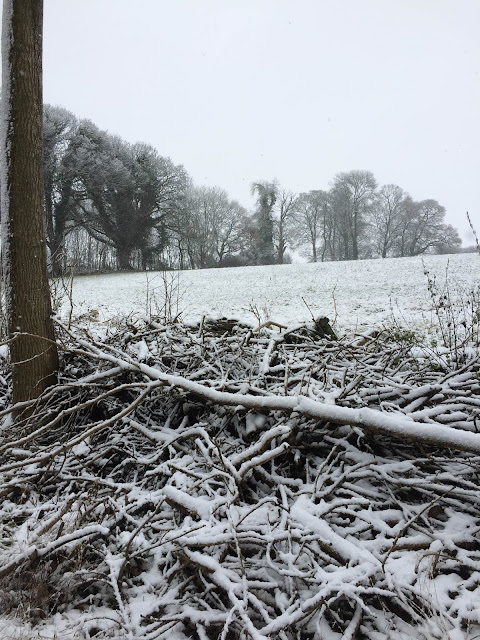 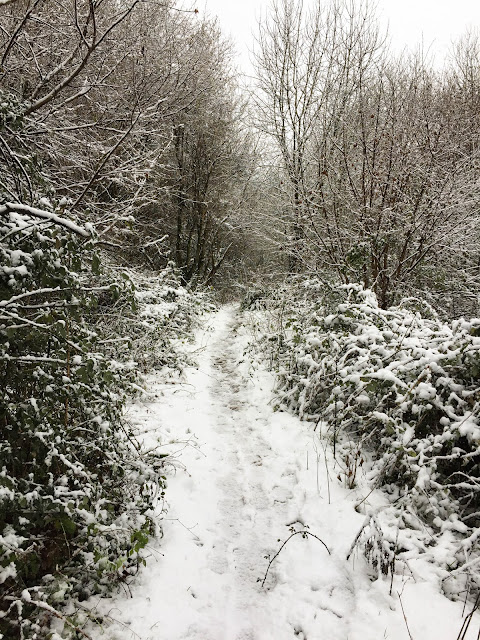 Bitterly cold temperatures and an overnight frost snap froze the remaining snow in place for a couple of days, extending the winter wonderland for us to soak up. 24 hours after the snow finished falling I drove over to my friend's house, marvelling at the spectacle. I turned down the icy and narrow country lane leading to her stunning 18th century farmhouse as the afternoon sky surrendered to nightfall. The hedgerows were bare, silhouetted against the darkening candy pink sky, the orange glow of the sun just about to dip below the horizon, the surrounding countryside still blanketed by snow. To many west country folk, farmers included i'm sure, this was a harsh wintry scene and an indication of a hard winter season to endure. I was only in awe. The stark beauty was breathtaking. Infused with magic. 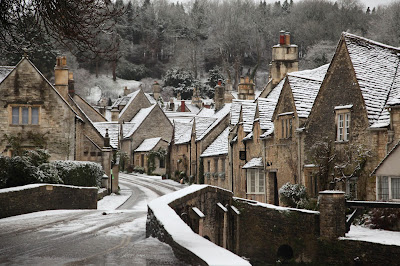 I can't properly convey the beauty of the English countryside covered by a December snowfall. Dare we begin to hope for a white Christmas?

P.S. A reflection on life in the village in other seasons can be read, here.
Posted by Our Haystack at 1:17:00 pm 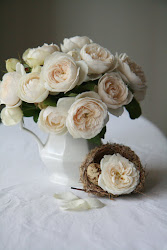 In late 2016 we became expats, swapping Sydney for the English countryside. Now living in a quintessential Cotswold village, here I muse about the beauty of the changing seasons, idyllic English villages, wandering handsome country estates, and our immersion into life in rural England. I am irrevocably smitten with Britain...
Kate x